Why set up anti-jamming magnetic ring?

Why set up anti-jamming magnetic ring?

The motherboard, CPU, power supply, and IDE data cable in the computer case all work at a high frequency, so there is a large amount of stray electromagnetic interference signals in the case, and the signal strength is also several times to several times outside the case. Ten times! Absorbing magnetic ring, also known as ferrite magnetic ring, is often used in detachable separate magnetic ring. It is a commonly used anti-interference component in electronic circuits. It has a good suppression effect on high-frequency noise. Generally, iron is used. Made of ferrite material (Mn-Zn). 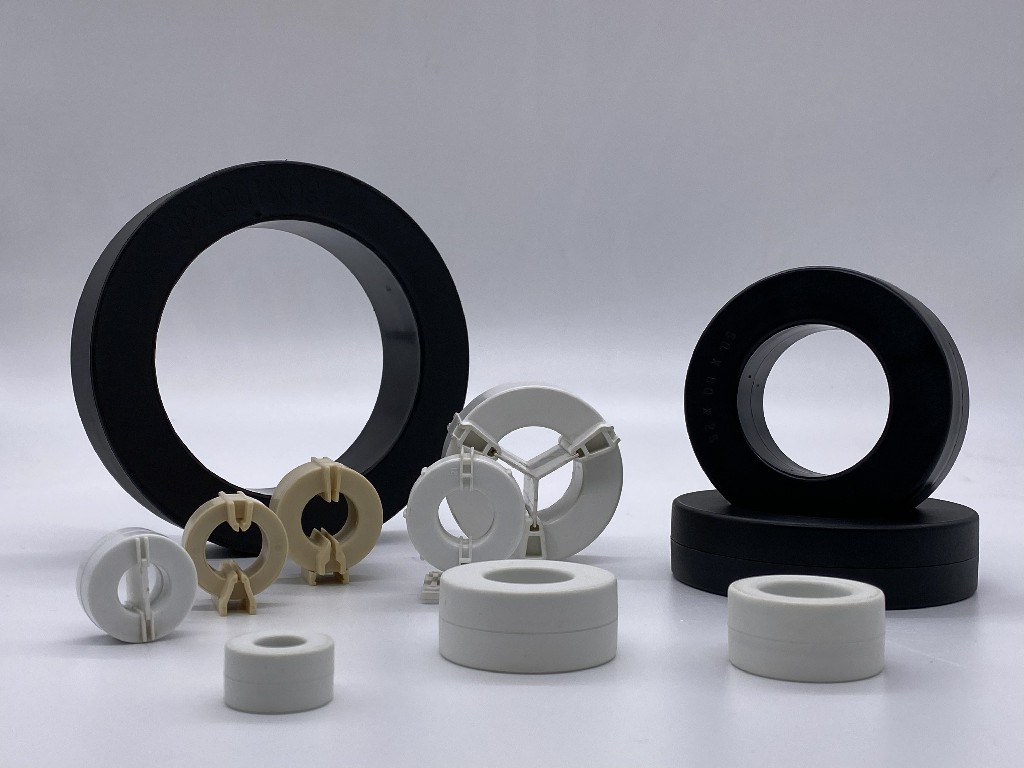 The magnetic ring has different impedance characteristics at different frequencies. Generally, the impedance is very small at low frequencies. When the signal frequency increases, the impedance of the magnetic ring increases sharply. It can make normal useful signals pass well, and can well suppress the passing of high-frequency interference signals, and the cost is low. Ferrite is a ferrimagnetic material with a cubic lattice structure. The ferrite material is iron-magnesium alloy or iron-nickel alloy. Its manufacturing process and mechanical properties are similar to ceramics, and its color is gray-black. One type of magnetic core often used in electromagnetic interference filters is ferrite materials, and many manufacturers provide ferrite materials specifically for electromagnetic interference suppression.

This material is characterized by very large high-frequency loss and high magnetic permeability. It can be the smallest capacitance between the coil windings of the inductor under the condition of high frequency and high resistance. For ferrites used to suppress electromagnetic interference, the most important performance parameters are permeability μ and saturation magnetic flux density Bs. Permeability μ can be expressed as a complex number, the real part constitutes an inductance, and the imaginary part represents loss, which increases as the frequency increases. Therefore, its equivalent circuit is a series circuit composed of inductance L and resistance R. Both L and R are functions of frequency. When the wire passes through this ferrite core, the inductive impedance formed increases in form with the increase in frequency, but the mechanism is completely different at different frequencies.

When the EMI absorption magnetic ring/magnetic bead suppresses the differential mode interference, the current value passing through it is proportional to its volume. The imbalance of the two causes saturation and reduces the performance of the component; when suppressing common mode interference, connect the two wires of the power supply (positive and negative) Passing through a magnetic ring at the same time, the effective signal is a differential mode signal, and the EMI absorption magnetic ring/magnetic bead has no effect on it, but for the common mode signal, it will show a larger inductance. Another better way to use the magnetic ring is to make the wires of the magnetic ring that pass through it repeatedly to increase the inductance. According to its suppression principle of electromagnetic interference, its suppression effect can be used reasonably.

Ferrite suppression components should be installed near the interference source. For the input/output circuit, it should be as close as possible to the entrance and exit of the shielding case. For the absorption filter composed of ferrite bead and ferrite bead, in addition to using lossy materials with high permeability, attention should be paid to its application. Their resistance to high-frequency components in the circuit is about ten to several hundred Ω, so its role in high-impedance circuits is not obvious. On the contrary, in low-impedance circuits (such as power distribution, power supply or radio frequency circuits) Use will be very effective.