Amorphous materials are also called amorphous or glassy materials. This is a large class of rigid solids with high hardness and high viscosity coefficient comparable to crystalline materials (usually 10 poise, that is, 1 Pa·s or more, It is 10 times the viscosity coefficient of a typical fluid). However, the spatial arrangement of its constituent atoms and molecules does not show periodic and translational symmetry, and the long crystalline order is destroyed; it is only due to the interaction between atoms that it is within a small area of a few atoms (or molecules) in diameter. Has a short program.Since there is no effective experimental method to accurately determine the atomic structure of amorphous materials, the above definitions are relatively speaking. 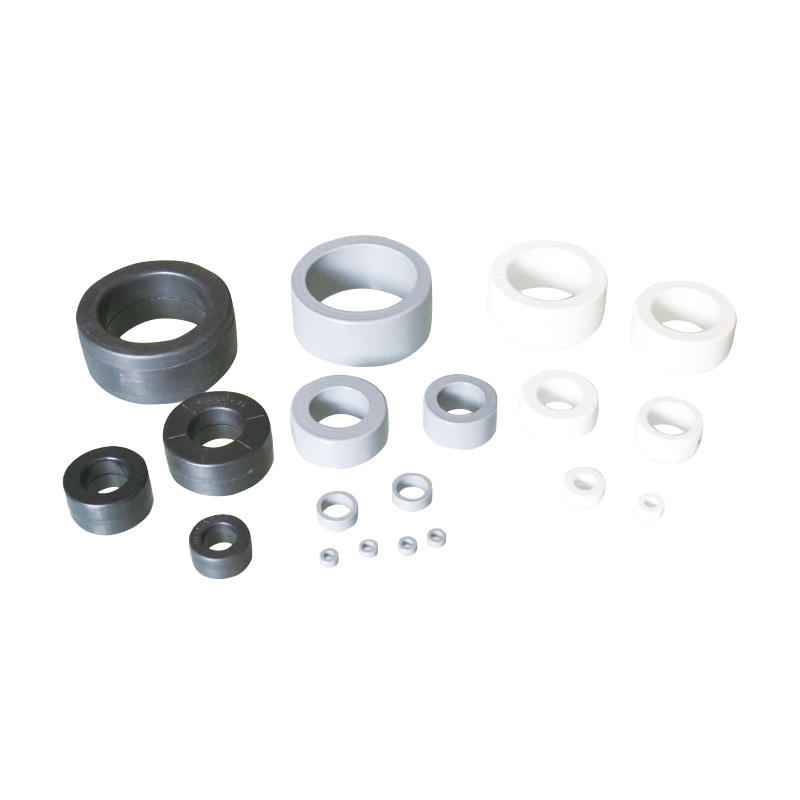 ① There are only short programs in the cell, but no long programs; the wave vector k is no longer a good quantum number describing the state of motion (see the energy band of a solid).

② Its electron diffraction, neutron diffraction and X-ray diffraction patterns are composed of wider halos and dispersed rings; with an electron microscope, no contrast between grain boundaries, crystal defects, etc. can be seen.

③ The amorphous solid of any system is metastable compared with its corresponding crystalline material. When the temperature is increased continuously, a significant structural change occurs in a very narrow temperature range, from an amorphous state to a crystalline state. This crystallization process mainly depends on the atomic diffusion coefficient, interface energy and melting entropy of the material.

There are many methods for preparing amorphous materials, the most common are quenching of the melt and deposition from the vapor phase (such as evaporation, ion sputtering, glow discharge, etc.). In recent years, new technologies such as ion bombardment, strong laser radiation and high-temperature blasting have been developed, and large-scale continuous production has been possible.

Some liquids with sufficient viscosity can be quickly cooled to obtain their glassy state. In 1960, P. Duweis et al. used a very high cooling rate to develop the traditional glass process to metals and alloys to produce corresponding amorphous materials, called metallic glass or glassy metal.When the sample is melted by the radio frequency heating coil, the valve is opened, and the pressurized airflow (such as He, N, Ar, etc.) breaks through the polyester film, so that the sample is rapidly sprayed from the nozzle at the lower end of the quartz crucible onto the cooling copper block, and the cooling rate can reach Above 10K/s to obtain its amorphous state.Except for a few alloys that are relatively easy to form glassy state (such as Pd-Cu-Si, Pd-Ni-P, Pt-Ni-P, etc.), the cooling rate of most metallic glasses is quite high, generally 10~10K/s , The thickness is within 50μm, and some are first made into amorphous fine particles within tens of microns, and then pressed into a massive amorphous alloy.It is generally believed that pure metals cannot be quenched from liquid to obtain glassy state with the current cooling rate of 10~10K/s. Therefore, all current glassy metals contain two or more components.Most glassy alloys have two components, one part is a strong metallic element, such as Cu, Ag, Au or transition metals Fe, Co, Ni, Pd, Pt; the other part is a non-metallic, metal-like element, such as trivalent B, 4 valence C, Si, Ge, 5 valence P. The sum of the former accounts for about 70~80at% (atomic percentage), and the latter accounts for about 20at%. This composition ratio can be explained by the Bernard polyhedron model of amorphous solids. The most easily obtainable amorphous component is near the eutectic point of the alloy phase diagram, which corresponds to a low melting temperature.