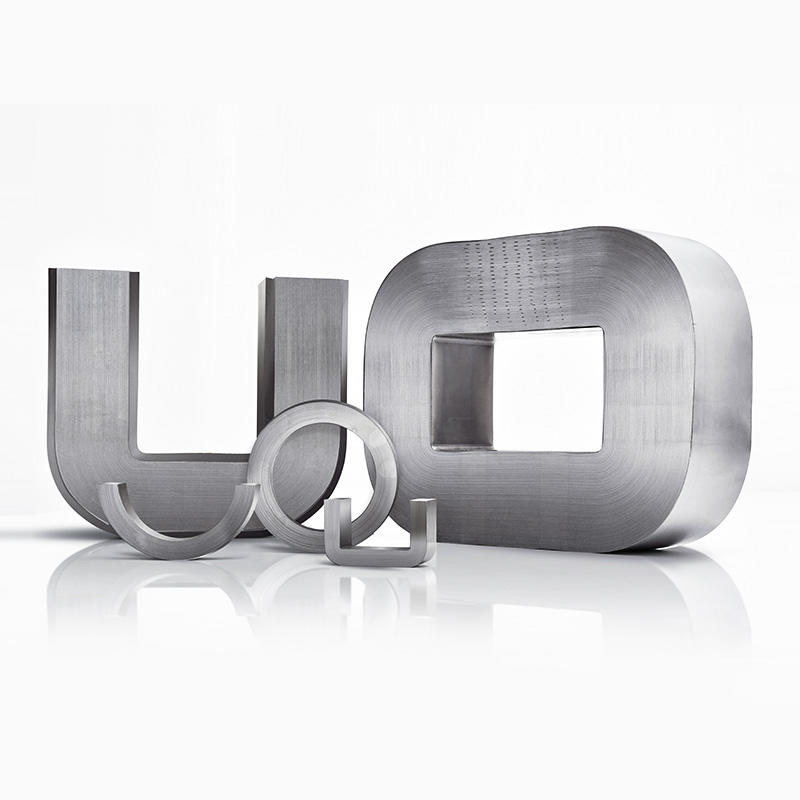 High initial permeability (this is the basic requirement of common mode inductance), high saturation magnetic induction, temperature is more stable than ferrite (can be understood as a small temperature rise), frequency characteristics are more flexible, because the permeability is high, it can be small Make a lot of sense, and adapt to a wider frequency;

Because the initial permeability is 5-20 times that of ferrite, the suppression effect on conduction interference is much greater than that of ferrite;

The high saturation magnetic induction of nanocrystalline is better than that of ferrite, so it is not easy to saturate under high current;

The temperature rise is lower than that of the UF series. Someone's actual test: it is nearly 10 degrees lower at room temperature (personal test values are for reference only);

The flexibility of the structure makes it adaptable, and it can be adapted to different needs by changing the processing technology (see the magnetic ring inductor used in the energy-saving lamp, which is quite flexible in use);

The distributed capacitance will be smaller, because the winding area is wider and the volume is relatively small;

The number of turns used in the loop is smaller, the distribution parameter is smaller, and the efficiency is superior (for specific analysis, it may be because of the wire diameter, I hope to add);

The diameter of the magnetic ring is small, the machine is difficult to thread, and it needs to be wound manually, which is time-consuming and labor-intensive, high processing cost, and low efficiency. While cost pressures are increasing, this has become particularly important.

Compared with UF in terms of withstand voltage, it has little advantage: because it can be seen that many magnetic rings are separated by a cable tie in the middle of the common mode, which is not very reliable. , How about reliability? If the inductance requirement is relatively large, the lines will be crowded together, and there is a little doubt about safety.

Installation is inconvenient and the failure rate is high.

Because of the cost factor, magnetic rings are mostly used in high-power power supplies. Someone described: "The use of magnetic rings for low power is too high-end", which makes sense.

Of course, because of its small size, the use of magnetic rings is also a very good choice for low-power power supplies that require volume.

Let's talk about the common mode of UF/UU series

Material: basically ferrite, of course, there are differences between ferrites, generally there are MXO-manganese-zinc and NXO-nickel-zinc. The main advantages of nickel-zinc products are: the initial permeability is low (less than 1000u), but it can work at a relatively high frequency (greater than 100MHZ), keeping the permeability unchanged. Very strong and great.

The most important point: low cost (this one used by someone is 0.9 yuan), it can be circumvented by a machine, and it is efficient, usually UU9.8 or UU10.5;

With a skeleton, the winding process should be better controlled, and higher inductance can be made;

Is the withstand voltage and reliability better? For the common mode of the magnetic ring;

Good plugin, easy installation. With four feet, there is no problem if the holes are in the right position; it is basically used for low-current power supplies, because the wire diameter cannot be used very thick, so the current cannot be too large;

Space factor: The packaging location is large, maybe because it is relatively strong, not as small and exquisite as the magnetic ring;

The fever is more serious, and it is also based on my actual measurement: 90V input at full load and room temperature, it can be as fast as 90 degrees;