The winding and iron core of the transformer are the main components that transmit and transform electromagnetic energy. Ensuring that they can * run is a concern of people. Statistics show that failures caused by iron core problems account for the third place in the total accidents of transformers. The manufacturing department has paid attention to the defects of the transformer core, and has made technical improvements in the aspects of the core can be grounded, the core grounding monitoring, and the guarantee of one-point grounding. The operation department also raised the issue of detecting and discovering core failures to a high level. However, transformer core failures still occur frequently. The main reason is that the core is grounded at multiple points and the core is poorly grounded. Now make an introduction to the judgment and treatment methods of the two failure situations. 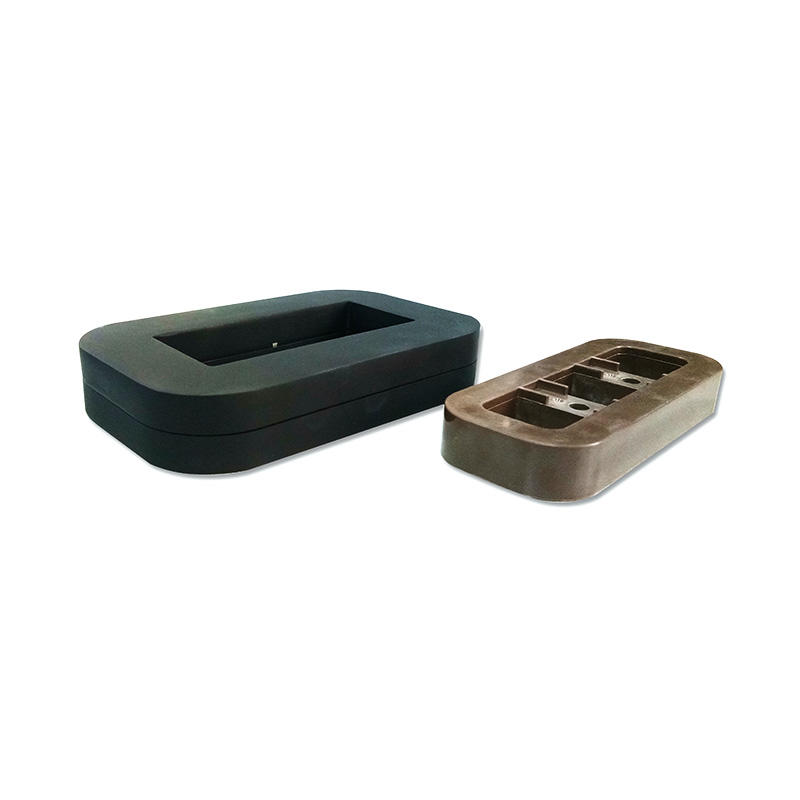 When the transformer is in normal operation, there is an electric field between the charged winding and the oil tank, and the iron core and other metal components are in this electric field. Due to the uneven distribution of capacitance and different field strengths, if the iron core cannot be grounded, charging and discharging will occur, destroying the solid insulation and the insulating strength of the oil, so the iron core must be grounded.

The iron core is composed of silicon steel sheets. In order to reduce the eddy current, there is a certain insulation resistance between the sheets (usually only a few ohms to tens of ohms). Because the capacitance between the sheets is extremely large, it can be regarded as a path in the alternating electric field, so the iron core Only one point of grounding is needed to clamp the potential of the entire stack of iron core laminations to the ground potential.

When the iron core or its metal components are grounded at two or more points (multiple points), a closed loop will be created between the grounding points, which will bond part of the magnetic flux to induce electromotive force, and form a loop, resulting in local Overheating, even burning the iron core.

The core failure is mainly caused by two reasons, one is short circuit caused by poor construction technology, and the other is multiple grounding caused by accessories and external factors.

(1) After the installation of the transformer is completed, the positioning pin transported on the top cover of the fuel tank is not turned over or removed to form a multi-point grounding.

(3) Multi-point grounding for a long time will degrade the oil of the oil-immersed transformer and generate flammable gas, which will cause the gas relay to operate.

(4) The wooden spacers and clamps in the body are carbonized due to overheating of the iron core.

(6) Multi-point grounding can also cause discharge.

(4) The insulating cardboard between the foot and the iron yoke of the lower clamp of the iron core falls off or is damaged, causing the laminations at the foot iron yoke to collide and cause grounding.

(6) The thermometer seat cover on the oil tank cover of the oil-immersed transformer is too long, and it collides with the upper clamp or the edge of the iron yoke and the side column to form a new grounding point.

(8) The wooden pad between the lower clamp and the iron yoke ladder is damp or has a dirty surface, and there is more sludge attached to it, and when the insulation resistance value drops to zero, it constitutes a multi-point grounding.

When acetylene gas appears in the chromatographic analysis, it indicates that the iron core has been intermittently grounded at multiple points.

(2) Measure whether there is current in the ground wire. A clamp meter can be used to measure whether there is current on the lead on the grounding lead of the grounding bushing outside the transformer core. When the transformer core is normally grounded, it is formed because there is no current loop. The current on the ground wire is very small, at the milliampere level (generally less than 0.3A). When there are multiple grounding points, there are short-circuit turns around the main magnetic flux of the iron core, and circulating current flows through the turns. The value depends on the relative position of the fault point and the normal grounding point, that is, how much magnetic flux surrounds the short-circuit turns. Generally up to tens of amperes. By measuring the presence or absence of current in the ground lead, it is possible to accurately determine whether the iron core has multiple ground faults.

(1) Temporary elimination method when the transformer cannot be shut down:

① There is an external ground wire, if the fault current is large, the ground wire can be temporarily opened for operation. However, monitoring must be strengthened to prevent the iron core from floating potential after the fault point disappears.

③ Use chromatographic analysis to monitor the gas production rate at the point of failure.

④ After the exact fault point is found through measurement, if it cannot be dealt with, the normal working ground plate of the iron core can be moved to the same position of the fault point to greatly reduce the circulating current.

(2) Thorough maintenance measures. After the monitoring finds that the transformer has multiple ground faults, the transformers that can be shut down shall be shut down in time, and the multiple ground faults shall be completely eliminated after withdrawal. The method to eliminate this kind of fault should be based on the type and reason of multi-point grounding, and corresponding maintenance measures should be taken. However, there are some situations where the fault point cannot be found after the power failure of the lifting core. In order to accurately find the grounding point, the following methods can be used on site.

① Direct current method. Open the connecting piece between the iron core and the clamp, and pass 6V DC to the silicon steel sheets on both sides of the yoke, and then use a DC voltmeter to measure the voltage between the silicon steel sheets at all levels. When the voltage is equal to zero or the meter indicates reverse, then It can be considered that this is the fault ground point.

②Communication method. Connect the low-voltage winding of the transformer to an AC voltage of 220 ~ 380V, and there is magnetic flux in the iron core at this time. If there are multiple ground faults, the current will appear when measuring with a milliamp meter (the connecting piece between the iron core and the clamp should be opened). Use a milliampere meter to measure all levels along the iron yoke point by point. When the current in the milliampere meter is zero, the point is the fault.