Current transformer is a simple component that can accurately measure and communicate AC current, which is made according to the principle of magnetic effect of current.

The key of the current transformer is to convert the large current in the communication AC circuit into a certain proportion of the small current (in our country, it is 5 A fold Shinzo) for accurate measurement and the use of relay protection devices. Everyone should understand that in the whole process of power generation, transformers, power transmission and distribution, and power distribution equipment, because of the different power consumption of machinery and equipment, the current is usually from tens of amperes to tens of thousands of amperes, and this kind of circuit It will also follow the pressure. So in order to monitor and accurately measure the circuits of this route, and to deal with the risks of high voltage and high current, current transformers must be used at this time. Some people will have seen the clamp meter used by electric welders. It is a kind of equipment used to accurately measure and communicate AC current. Which "clamp" of it is a through-core current transformer. 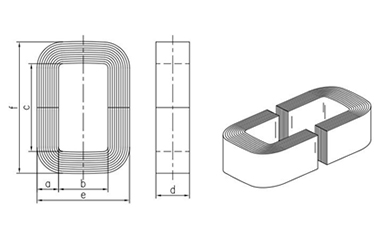 For safety, one end of the secondary coil of the current transformer and the shell must be grounded.