How are Nanocrystalline cores Manufactured?

How are Nanocrystalline cores Manufactured?

What Exactly Are Metallic Nanocrystals?

The term "soft" in magnetics refers to a magnetic material that exhibits a low coercivity, such as an alloy formed by crystallizing a Fe-based amorphous magnetic materials alloy. Nanocrystal grains are equally distributed throughout this material's amorphous (or non-crystalized) state.

At ambient temperature, this material is ferromagnetic, and when combined with nanocrystals, it achieves low saturation magnetostriction constant, making it an incredibly soft magnetic material.

Because of its superior properties compared to traditional magnetic materials, this material was primarily employed in choke coils and transformers for power electronics. Because of its remarkable properties, its components may be considerably smaller. 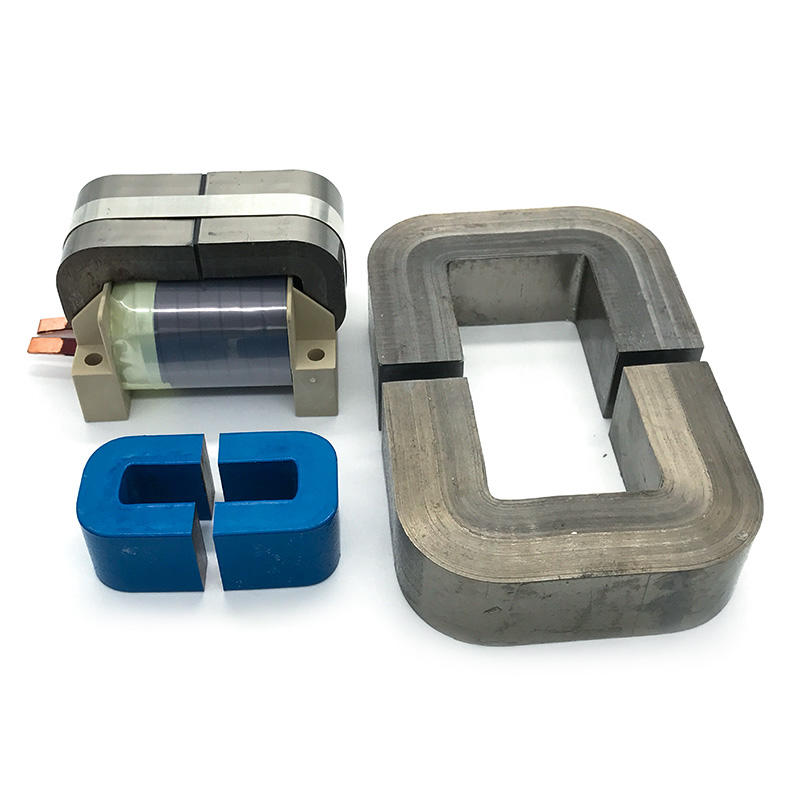 Power density is several orders of magnitude higher than ferrite and amorphous alternatives. Because of their minimal propensity to alter form during magnetism, nanocrystalline transformer core materials are ideal for high-frequency applications.

The most noticeable characteristic of cores is their high permeability. It coincides with the electromagnetic field's direction and may be polarized easily.

Furthermore, they boost the conductor's creation of electric motive power. The change in current flow gradually lowers the number of revolutions in the windings.

Materials create a lot of heat while interacting with magnetism. Magnetic core loss is expected when the magnetic flux in the core is changed. Nanocrystalline cores have less heat than regular cores since they reduce core loss. As a result, they are highly efficient when dealing with AC-designed motors.

They effectively reduce the component's size. This skill allows them to limit the size of their cores.

Magnetic materials must have a low magnetic force resistance. When a material has a high coercivity, it isn't easy to magnetize it, and it takes a long time and a lot of power. Nanocrystalline cores have low coercivity, making magnetization simple.

6. They Have an Exceptionally High Curie Temperature

The manufacturing technique for NC samples differs significantly from that utilized for ceramic manufacture since the final core is generated by a continuous laminar structure that is wrapped.

Nickel iron and silicon iron are the most often employed metals in producing nanocrystalline toroidal core. Due to a new supplier, a master magnetic and thermal material distributor has introduced a comprehensive range of amorphous cores, bespoke Nanocrystalline cores, and 80% nickel-iron alloy cores to its inventory.

The amorphous ribbon has the benefit of not having crystalline structures like other magnetic materials since amorphous metals do not. Because the atoms in an amorphous metal are randomly organized, its resistivity is approximately three times that of its crystalline equivalent.

Amorphous alloys are created by cooling the melt at a rate of around 1 million degrees per second.

The nanocrystalline ribbon comprises Fe, Si, and B with Nb and Cu additions. Just like an amorphous ribbon, it is created by a quick cooling procedure into a thin ribbon that is initially amorphous and then crystallized in a second heat treatment at 500-600 degrees Celsius.

This produces a microstructure with tiny grain sizes of 10 nanometers, thus the term nanocrystalline.

Amorphous choke cores in standard, and bespoke sizes with plastic casings, epoxy coating, or varnish impregnated are among the configurations and applications supplied. The amorphous cut cores come in typical ACC sizes and bespoke designs.

Choke coils are an everyday use. Amorphous choke cores with air gaps are also available in standard and bespoke sizes, with plastic casings, epoxy coating, or varnish coated.

Decreased magnetic component volume, high relative permeability values, and stable operation at high temperatures are all advantages of iron-based nanocrystalline materials. These characteristics are defined mainly by the production procedure.

· The composition has a two-phase structure of an ultra-fine grain phase of FeSi embedded in a 7-25 micrometer thick amorphous ribbon.

· The core material is melted by heating it to 1300 °C and then placing it on a water-cooled wheel, which cools it to 20 °C.

· The resulting amorphous metal ribbon is annealed in the presence of transverse and longitudinal magnetic fields.

· As a result of this treatment, the magnetic properties change, and the amorphous structure generates ultrafine crystals with typical sizes ranging from 7 to 20 nm, resulting in the nanocrystalline material.

· The final stage in this process is to apply a protective coating or plastic housing to safeguard the obtained cores from the tape's brittleness.

Because of the benefits of nanocrystalline core alloys' high permeability, high saturation magnetic induction, and flexible and changeable frequency characteristics, more and more attention has been paid to sectors such as anti-common type interference filters.